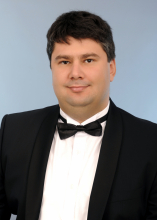 New views on the functional histology of the human uterine tube

The first accurate morphological description of the uterine tubes traces back nearly 460 years to the work of an Italian anatomist Gabriele Falloppio from 1561. The uterine tubes are also known as the Fallopian tubes, an eponym chosen in his honor. The histological findings in normal uterine tubes have been described sporadically in the scientific literature. The major reason for the lack of investigation in this regard has been the success of in vitro fertilization techniques which enable bypassing of the uterine tubes, so these organs have become somehow neglected, since they are no longer vital for successful conception. This has resulted in the lack of interest in medical community to study tubal morphology. The last decade of research confirmed the presence of newly discovered population of cells within the interstitium of female genital organs, including uterine tubes. The real significance of these cells – telocytes – however is still at the level of highly hypothetical conjectures. Nevertheless, there is an abundance of preliminary research suggesting that these cells serve as functional interconnectors between other cell populations within the wall of the uterine tubes. This important action of telocytes in tissue homeostasis has been viewed as an implication for their possible involvement in the pathogenesis of a wide range of tubal diseases such as infertility, or tubal pregnancy. However, telocytes are not the only “mysterious and neglected” structures within the histology of the uterine tubes. Since 1904, no one has paid any comprehensive attention to lymphatic drainage of the uterine tubes at the level of lymphatic capillaries. The habilitation thesis authored by a German physician Paul Kroemer was the first to describe the lymphatic lacunae inside the tubal folds (by the method of injection of Indian ink), which he named "Lymphbahnen" ("lymphatic channels"). Despite this first description has been existing for more than 110 years, there is no mention of these lacunae in most of the current literature. This status quo is even more striking when we consider that these lymphatic lacunae may be responsible for the thickening of the fimbriae during the oocyte pick-up and the maintenance of the tubal fluid. Similarly, the histological literature also ignores the issue of nomenclature regarding the epithelial cells of the uterine tubes, even though this tubal epithelium may be the source of high-grade ovarian carcinomas. A detailed identification of intraepithelial immunologically active cells can elucidate the questions regarding the immune suppression within the uterine tubes. In our study, we identified intraepithelial memory / regulatory T-lymphocytes. Intraepithelial regulatory T-lymphocytes can be involved in the process of immune tolerance of non-self cells (sperm) and partially non-self cells (those of developing embryo), preventing the activation of local immune responses. Additionally, we described intercalary/peg cells as actively dividing cells, challenging their notion as effete or degenerating cells mentioned in histological textbooks. Finally, the histological nomenclature should be corrected so that peg/intercalary cells are no longer considered synonymous with secretory cells.

More about the scientist

Professor Ivan Varga was born in 1981 in the Slovak Republic (former Czechoslovakia). He graduated as a Doctor of Natural Sciences at Comenius University in Bratislava, Slovakia. He holds a PhD. degree in Anthropology and also in Pathological Anatomy and Forensic Medicine, both from Comenius University in Bratislava. After successful habilitation in 2012 he reached the Associate Professor degree, and in 2018 he reached the Full Professor degree in Anatomy, Histology and Embryology at Charles University in Prague, Czech Republic. Currently, he is the Vice-Dean for Science and Research at the Faculty of Medicine, Comenius University in Bratislava and the Deputy Head of the Institute of Histology and Embryology at the same university. He gives Histology and Embryology practica and lectures for undergraduate students of General Medicine and Dentistry. Between 2010 and 2013, he worked as a Clinical Embryologist at the University Center for Reproductive Medicine. During 2016 and 2018 he gave lectures as a Visiting Professor at Lithuanian University of Health Sciences, Academy of Medicine in Kaunas.

His current research interests include the development and microscopic anatomy of the human lymphoid and female reproductive organs, ultrastructural characterization of the human mesenchymal stem cells and their application in regenerative medicine, reproductive biology, and new trends in histology and embryology teaching. As an author / co-author he published seven textbooks, three monographies and more than 80 scientific papers published in journals with the Impact Factor. He contributed to chapters in Nerves and Nerve Injuries (Elsevier, 2015) and Bergman's Comprehensive Encyclopedia of Human Anatomic Variation (John Wiley & Sons, 2016). His textbook Memorix Histology received the “Jaroslav Jirsa Price” – the best textbook of 2016, according to the decision of the Rector of Charles University in Prague, Czech Republic. His articles have been cited more than 600-times in SCOPUS or Web of Science databases.

PHYSICAL MORPHOLOGY OF THE HUMAN BRAIN

Head of Interfaculty Chair of Anatomy and Histology and Department of Normal and Clinical Anatomy of Medical University of Lodz, Poland

The rich history of anatomical sciences has been dominated by western anatomists for various reasons. In Poland the development of anatomical sciences started in the eighteenth century. In fact, the really flourishing development of anatomy took place in five Polish universities in the nineteenth and twentieth centuries. However, there is a little information about most known ...

Biological Microscopy: past, present and future

In cardiac regulating system, the cardiac nervous system has been paid less attention than others such as cardiac conduction system. However, the cardiac nervous system not only controls life-maintaining functions such as heart rate, blood pressure, blood flow and pain delivery but also plays key role to development and progression of heart failure.

Normal and variant morphological terminology – past, presence and future

The terminology is an unavoidable base for clear and non-misleading medical communication. The fields of morphology (anatomy, histology, embryology) are happy to have an elaborated official nomenclature in Latin since 1895 and 1977, resp. their official version in English, nowadays the world science language, are ...

Contribution of morphology to forensic identification

Notwithstanding recent advances of forensic genetics, forensic anthropology still plays a crucial role in identification. It is based on cross-matching of „ante-mortem“ (including individual morphological peculiarities of missing person) and „post-mortem“ (sex, biological age, stature, pathologies and other morphological individualising traits of usually skeletonised remains) data. Recently, two ...