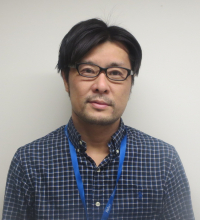 In cardiac regulating system, the cardiac nervous system has been paid less attention than others such as cardiac conduction system. However, the cardiac nervous system not only controls life-maintaining functions such as heart rate, blood pressure, blood flow and pain delivery but also plays key role to development and progression of heart failure.

Recent research data on molecular physiological mechanisms and clinical alterations continue to be accumulated and thus these evidences clarify that research on the cardiac nervous system will accelerate in the future. On the other hand, the underlying morphological foundation as an anatomical map on complicated cardiac nerve plexuses still remains incompletely understood.

Until now, I have conducted evolutionary anatomical studies of the extrinsic cardiac nervous system in humans, non-human primates and its relatives, and some experimental mammals to gain a broader perspective on the anatomical modifications and evolution of this system within placental mammals. Our comparative anatomical researches contribute to clarify anatomical standing issues and obtain the evolutionary-developmental basis on the cardiac innervation.

The somatic skeleton, muscles and nerves are modified for functional adaptations, but the autonomic nervous system probably is not and possibly preserves its evolutionary history in close alignment with phylogeny. Therefore, the evolution of the mammalian autonomic (cardiac) nervous system should be demonstrated by its comparative anatomy without concern for derived features reflecting ecological, kinematic (locomotion), and dietary adaptations as seen in somatic systems.

This session will provide our current understanding on “Comparative Neuroanatomy of Heart”.

PHYSICAL MORPHOLOGY OF THE HUMAN BRAIN

Head of Interfaculty Chair of Anatomy and Histology and Department of Normal and Clinical Anatomy of Medical University of Lodz, Poland

The rich history of anatomical sciences has been dominated by western anatomists for various reasons. In Poland the development of anatomical sciences started in the eighteenth century. In fact, the really flourishing development of anatomy took place in five Polish universities in the nineteenth and twentieth centuries. However, there is a little information about most known ...

Biological Microscopy: past, present and future

New views on the functional histology of the human uterine tube

The first accurate morphological description of the uterine tubes traces back nearly 460 years to the work of an Italian anatomist Gabriele Falloppio from 1561. The uterine tubes are also known as the Fallopian tubes, an eponym chosen in his honor. The histological findings in normal uterine tubes have been described sporadically in the scientific literature. The major reason for the lack of investigation in this regard has been the ...

Normal and variant morphological terminology – past, presence and future

The terminology is an unavoidable base for clear and non-misleading medical communication. The fields of morphology (anatomy, histology, embryology) are happy to have an elaborated official nomenclature in Latin since 1895 and 1977, resp. their official version in English, nowadays the world science language, are ...

Contribution of morphology to forensic identification

Notwithstanding recent advances of forensic genetics, forensic anthropology still plays a crucial role in identification. It is based on cross-matching of „ante-mortem“ (including individual morphological peculiarities of missing person) and „post-mortem“ (sex, biological age, stature, pathologies and other morphological individualising traits of usually skeletonised remains) data. Recently, two ...